Posted on May 30, 2016 Posted By: Jennifer Spear Categories: Rev. Jennifer 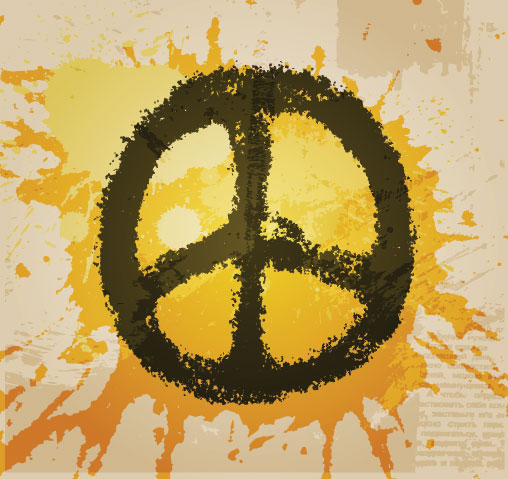 “Let there be peace on earth and let it begin with me.”  How often do you sing these words, yet not really know how or where to begin?  The crises in the world can seem overwhelming—war and gang violence, global warming and talk of recession.  All we have to do is turn on the TV news to feel powerless.

The truth is that peace truly does begin within us, and in our own backyards.  We must be the peace that we wish to experience in our world.  We create or magnify peace within ourselves and the world in three different ways: through our words, our actions and our consciousness.

We create peace within ourselves and the world through our words, by using words that come from kindness, love, respect and care, both with ourselves and other people.  That means we do not give ourselves a hard time, or beat ourselves up.  Instead, we use words that are encouraging and kind.  We treat ourselves as we want to be treated by others.  When we make a mistake, we admit to it, we take responsibility and then make it right, if possible.  We then learn from the mistake and move forward.  We treat ourselves as we would treat a small child who is learning.  We would never berate a child for not knowing how to ride a bike or tie her shoes.  We are learning how to be our best selves and how to bring our Best Self into the world in a way that benefits everyone.  Beating ourselves up benefits no one and creates just a little more violence in the world, which just happens to be the exact opposite of our intention for peace.

We magnify peace in the world through our actions.  Martin Luther King Jr. said, “Peace is not merely a distant goal that we seek, but a means by which we arrive at that goal.”  Treat others as we want to be treated, as if they are valuable, important and matter.  That means that we reach out and help those in need and we create a culture of care.  We can help someone to their car with their groceries, give other drivers a break when they accidentally cut us off, financially support organizations that are doing work that are is alignment with our values.

We amplify peace in the world through our consciousness.  Some ways to do this are to meditate on peace, visualize peace and experience or feel peace within your body.  Over 33 studies show that when large numbers of people meditate on peace, crimes against people, suicide rates, auto accidents, emergency room visits and armed conflicts all decrease.  This has been named the Maharishi Effect.

This phenomenon was first noticed in 1974 and reported in a paper published in 1976.  The findings were that when 1% of a community practiced a Transcendental Meditation program, the crime rate was reduced by 16% on average. This experiment was repeated with large groups on numerous occasions in the following decade, and the first statistical analysis of the effects was published in 1987.  (See https://www.mum.edu/about-mum/consciousness-based-education/tm-research/maharishi-effect/)

Another Study shows that in 1972, twenty-four cities in the United States with populations over 10,000 experienced meaningful changes in their communities when as few as 1 percent (100 people) participated in transcendental meditations practice and feeling peace. These and similar studies led to a landmark study, the International Peace Project in the Middle East, which was published in the Journal of Conflict Resolution in 1988.

During the Israeli-Lebanese war of the early 1980s, researchers trained a group of people to “feel” peace in their bodies rather than simply to think about peace in their minds or pray “for” peace to occur.

On specific days of the month, at specific times of each day, these people were positioned throughout the war-torn areas of the Middle East. During the window of time that they were feeling peace, terrorist activities stopped, crimes against people declined, emergency room visits declined, and traffic accidents dropped.

The findings took into account the days of the week, holidays, and even lunar cycles, and data were so consistent that the researchers were able to identify how many people are needed to share the experience of peace before peace is mirrored in their world. The number is the square root of 1 percent of the population. This formula produces numbers that are smaller than we might expect. For example, in a city of 1 million people, the number is about 100. In a world of 6 billion people, the number is only about 8,000! This number represents only the minimum needed to begin the process. The more the people, the faster an effect is created.

Won’t you join us in a meditation practice of feeling peace, being peace in your word and actions and in creating a world of peace?